LVMPD reports early this morning that a horrific scene was found behind the T-Mobile Arena late last night after the Vegas Golden Knights received their first loss of the NHL season in a 6 – 3 score against the Detroit Red Wings. Police found a sign that the victim was using to resell tickets at a ridiculous price in near the cornhole area in front of the arena earlier in the night.
Coach Gerard Gallant stated that “This is a terrible loss and we will get to the bottom of it as we continue to work with Metro police officers. Someone obviously got upset when the Wings scored 4 straight goals on us in the 3rd period and this guy found himself in a bad situation.”
It seems that the scalper sold tickets that were supposed to be in the Bud Light lounge, but were actually standing room only tickets for the mezzanine. This is an unacceptable practice for already ridiculous ticket prices for the VGK games. 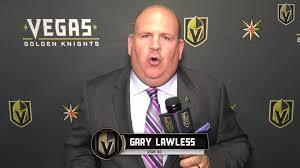 Veteran hockey insider, and VGK Insider,  Gary Lawless commented to media early this morning.
“Yes, we really have to get this under control. Unfortunately, someone capitalized on the new mascot, Chance the Gila Monster, and dragged the Red Wings scalper into his pen. We’re not really sure what gila monsters eat, so we’ve just been feeding him hot dogs, nachos, and Budweiser. I guess it he was pretty hungry,” Lawless shrugged.
The VGK team and fans send our condolences to Detroit. We ask that everyone continue to be #VegasStrong and PLEASE, do not feed the gila scalpers! Let’s be adults.

Login with your Social ID

“Ghosts of New Iberia” Picked up By Travel Channel

ABOUT US
Southern Satire is your satire news, entertainment, music, fashion website. We provide you with the latest breaking satire news and videos straight from the Dirty South.
Contact us: admin@SouthernSatire.com
FOLLOW US
© Disclaimer: Most of Southern Satire's news is absurd and not real, but there's always a hint of truth. We are not responsible for damages to your ego if you believe and share this information.